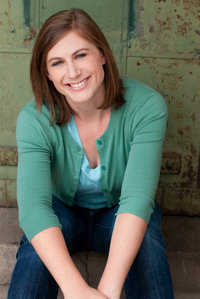 Meg Grunewald is an actor, improvisor and comedian from Chicago, IL. She is a graduate of the Second City Conservatory, iO (formerly ImprovOlympic),and the Annoyance Theater. She has been performing in Chicago since 2007, and is currently an ensemble member at ComedySportz and one of the founding members of the sketch comedy group, Just the Tip. Meg can also be seen creating original characters with full makeup, wigs, costumes, sets,etc. on her Vine channel.