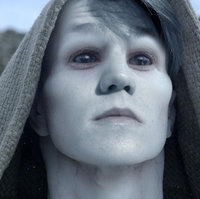 Zoran Gvojic is a writer, director, editor, actor, motion graphic designer, colorist, cinematographer and human being from Downers Grove, Illinois.  He is the creator of Lowcarbcomedy.com, a video production company that has made over 70 short films including such viral videos as “Passion of the Benny Hill,” and “Saw IV”. If that wasn’t enough he is also the co-creator of the comic book: Mystery Afoot. Which tells the story of Bigfoot and the Loch Ness Monster teaming up to start a detective agency.  Furthermore, he is the co-creator of the upcoming radioplay series: Lance Cunningstrong: Detective to the Stars.  As an actor Zoran was part of the sketch comedy group Long Pork that opened for such famous folks as Harold Ramis and Rachel Dratch.  He is a graduate of The Second City, I.O., and Annoyance training programs.  His favorite film is Tremors 2: Aftershocks. @lowcarbcomedy.